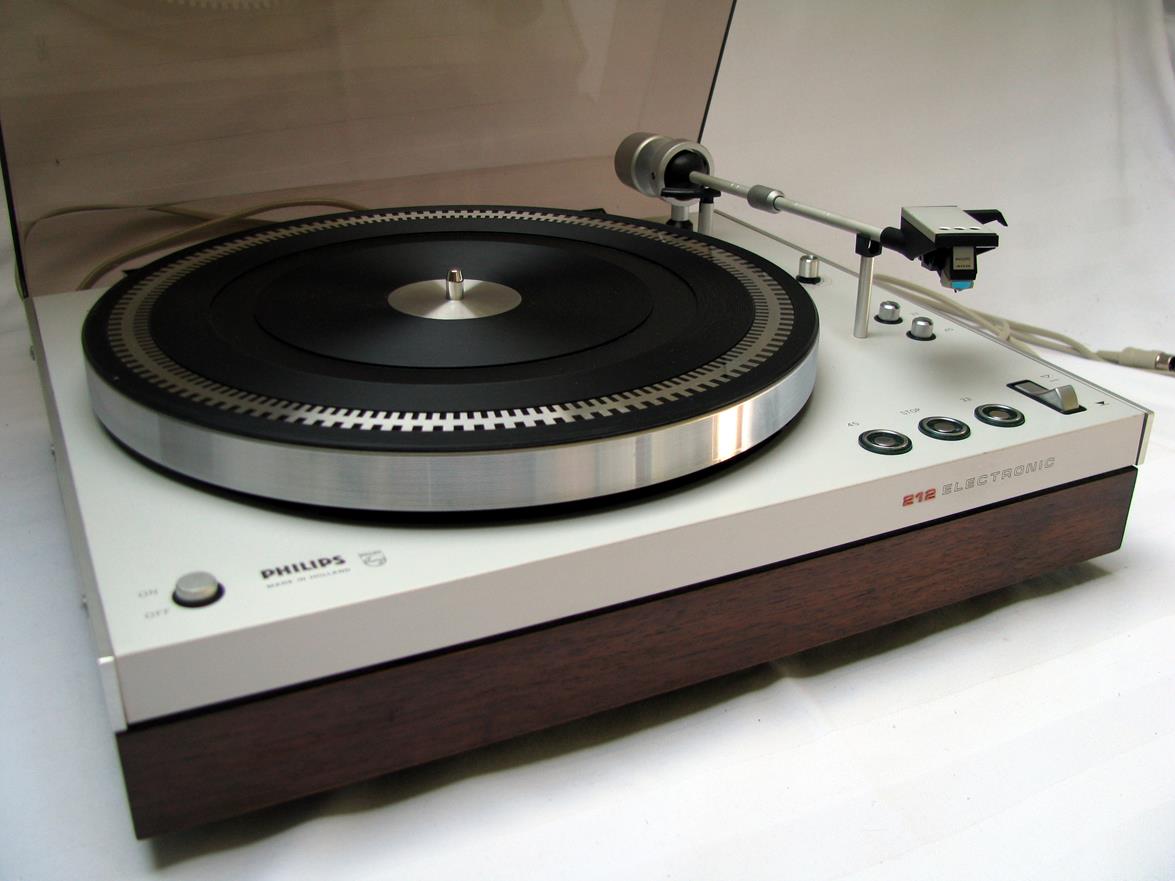 At the time of writing, we have one of these Philips 212 turntables up for auction in our Catawiki store*. The auction ends 5/4/2016.

The Philips 22GA212 turntable, in short known as the Philips 212, is considered to be one of the best turntables that Philips has ever made, and it has achieved somewhat of a cult status in the eyes of audio enthusiasts and collectors. This is because of the floating suspension, and iconic green-lit touch keys.

The Philips 212 in detail

Philips introduced the GA212 in 1971 and it was produced until 1976. It can be instantly recognized by the green-lit touch keys. It also has very loose suspension on both the platter and arm. These are mounted in a “floating” sub chassis, which results in a very low rumble value. It can play records at 33 and 45RPM.

Pitch can be independently adjusted for both 33 and 45RPM.

These were your options

The Philips 212 was factory fitted with the Philips GP400 cartridge, but could be upgraded to a GP401. Additionally a Philips 22GH905/00 pre-amp could be built in.

Philips often re-badged their electronics with subsidiary brand names. The Philips 22GA212 was also sold as the Erres RS3536 and Aristona AR8540.

Because the Philips 212 had a long production run of about 5 years, various small changes have been made during the production run:

Erratic behavior of the touch keys might be caused by the lamps. If one of them is broken, or doesn’t have the right voltage/amp/watt rating, the keys will not work as expected. The lights should instantly “lock on” when pressing the touch keys.

Furthermore, the power key is prone to failing.

Currently up for auction

At the time of writing, we currently have a very nice example up for auction in our Catawiki Store.

This is one of the newer units, and almost in new -and original- condition, apart for some minor surface scratches on the dust cover.

*The item description for the auction has been auto-translated from Dutch to English by Catawiki 🙂 So don’t mind any mistakes in the translation.

P.s. Looking for a great way to sell or buy audio/Hi-Fi equipment? We love Catawiki and chose it over Ebay and other auction websites. Check out our review!

Catawiki auction website review [Is it a scam?] 8 April 2016

Vinyl lovers: You won’t believe what we found in this attic… 4 April 2016

Catawiki auction website review [Is it a scam?] 8 April 2016

Vinyl lovers: You won’t believe what we found in this attic… 4 April 2016